Earlier this year, Marc Sherry of Manahawkin noticed a red spot on the tip of his nose and didn’t think much of it – until it got bigger and started to bleed. When a biopsy detected basal cell carcinoma, his dermatologist mentioned a nonsurgical option for treatment: high-dose rate (HDR) skin brachytherapy.

Marc, age 68, had Mohs surgery for skin cancer twice in the past, as well as surgical treatment and plastic surgery on his forehead after a melanoma diagnosis. Mohs surgery removes thin layers of cancerous skin until only cancer-free tissue remains, which would have meant additional plastic surgery on his face. But HDR skin brachytherapy destroys small, non-melanoma skin cancer using radiation, offering a better cosmetic result.

“I had no idea this option existed,” says Marc, who enjoys collecting and restoring cars in his expansive garage. “I learned that it’s very successful in preventing a recurrence and I wouldn’t need plastic surgery, so this was the way to go for me.” 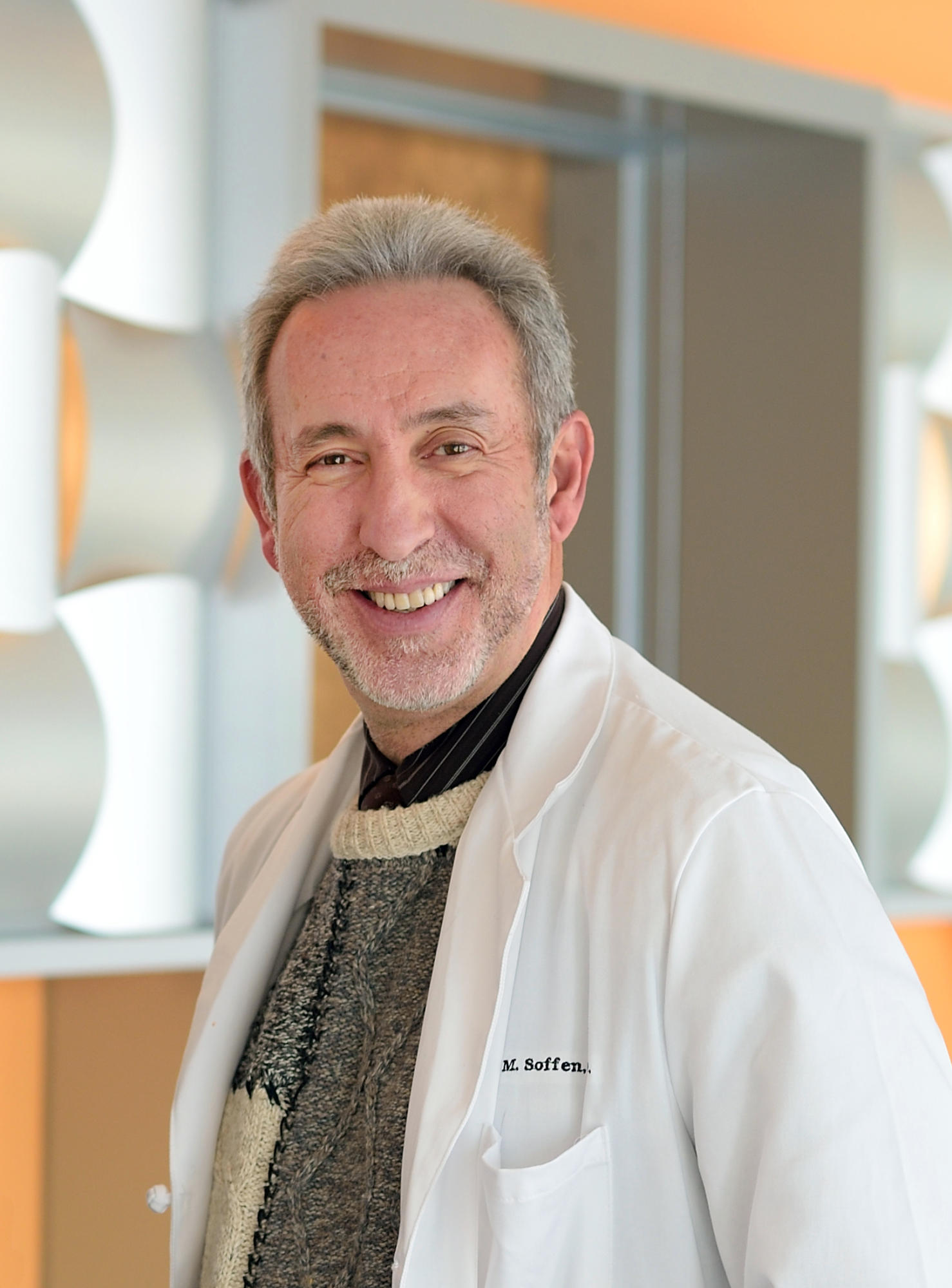 Marc and his wife, Lori, knew their next step: they met with radiation oncologist Edward Soffen, MD, medical director of the Radiation Oncology Department at CentraState, who had treated Lori ten years earlier for breast cancer.

“Marc had two adjacent areas of skin cancer, so a surgical approach would have required extensive plastic surgery involving his nose and upper lip,” explains Dr. Soffen. “Brachytherapy is a great option for visible areas like the face – it’s quick, easy, and painless, and it has an extremely high cure rate.”

Before Marc’s first treatment at the Karen Olbis Radiation Oncology Center, Dr. Soffen explained every step of the process so that he knew exactly what to expect. Marc was fitted with a comfortable, secured mask that eliminated any concern about head movement disrupting radiation.

Together, the radiation team – including Dr. Soffen, a radiation therapist, a physicist, and a nurse – oversaw the highly choreographed delivery of a calculated dose of radiation to precisely the right areas via a special applicator. Dr. Soffen ensured that both spots on Marc’s face could be treated during each visit, making treatment even more convenient.

Marc had seven brachytherapy sessions over a few weeks. Beyond the brief setup time for each procedure, the actual radiation delivery took only about four minutes.

“After every session, I told my wife that I’m so grateful I could do this,” says Marc. “Everyone was amazing. It’s unusual to feel so relaxed when going through treatment for a diagnosis that’s concerning, but I knew I was in good hands. CentraState has been a terrific place for my wife and for me.”

Beyond regular checkups with a dermatologist, Dr. Soffen recommends making an appointment if you notice a new mark on your skin or one that changes, such as getting bigger or darker, bleeding, or becoming raised. And if you’re diagnosed with skin cancer, it’s important to ask about your treatment options. To find a dermatologist, visit: centrastate.com/physicians